Producing energy to sustain human needs is an essential social activity, and a great deal of effort goes into the activity. While most of such effort is limited towards increasing the production of electricity and oil, newer ways of producing usable energy resources from the available energy resources are being explored. Before we consider about green renewable energy, it is very important to understanding how our life standards changes in the way we live. First of all let us have a look at the history of energy (fuel). 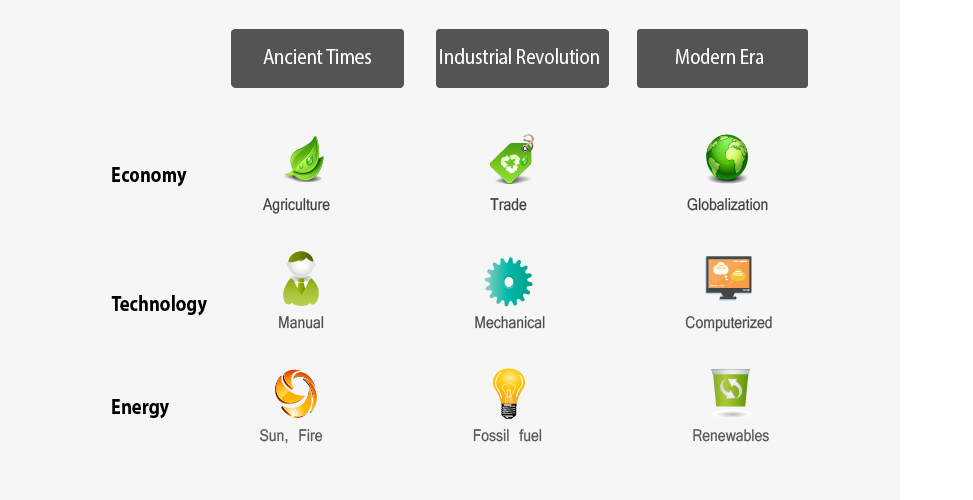 For thousands of years, our energy needs were mostly relied on the sun and burned wood as primary energy sources. For transportation, animals mostly horse, were used. . Fire was civilization’s first great energy invention, and wood was the main fuel for a long time. Life was simple and there was not much commute between one set of people to other.

With industrial revolution, human being came across many inventions and discoveries that lead human engaged in more social activities and needs. As transportation increased, trade increased between countries. By the late 1800s, a new form of fuel was catching on: petroleum. Coal was already there running the steam engines.

Some parts of the energy industry generate pollution, toxic and global warming from fuel combustion, nuclear waste from the generation of nuclear power, and oil spillages as a result of petroleum extraction. Here comes the modern era of renewable energy. It was available for thousands of years but actual need of clean energy shoot many folds in modern time